Not All Habits Are Created Equally 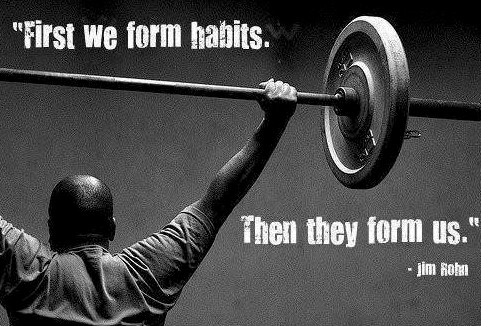 Bad habits. . . we all have them.  Don’t allow yourself to feel remorseful next time you exercise a bad habit.  Find the positive in the habit and do it again!  The following three “Bad Habits” are a great way to start.

Drinking coffee:  Many of us start our day off with a cup or two of this “magic elixir” and wouldn’t dream of interacting with anyone until we do.  Stick with that habit and drink your coffee in moderation.  Have you heard the good news?  It is widely accepted that caffeine can speed up your metabolism and reduce your risk of gallstones and kidney stones.  Some may believe that drinking coffee might lead to our next good for you, bad habit;

Fidgeting:  Do you have a hard time sitting still?  Fidgeters, fear not! Research suggests those that move around unconsciously will burn up to 350 extra calories a day. Put that fidgeting habit to good use.  Make a point to get up and take a quick lap around the office when sitting for any length of time.  When taking those office laps, don’t be surprised if your co-workers accuse you of procrastination, our third good for you, bad habit.

Daydreaming:  Don’t be discouraged if you are accused of this trait. It is widely believed that letting your mind wander may boost your problem-solving abilities. A study done at the University of British Columbia found that when minds wander, the parts of the brain associated with problem-solving become more active than when focused on routine tasks.

While it may take a coffee drinking, fidgeting daydreamer a little longer to complete a task, there’s nothing wrong with that. They are instinctively sorting through significant challenges while increasing their metabolism, burning a few extra calories and boosting brain power.